In those far-off years (it was around the year 500 AD) Benedict was not the only one to look for God, after about three years of solitary life, he was look at for his advise and his guidance by many of those who were
thirsty for God.

"In his loneliness Benedict progressed without interruption on the way of virtue… Around himself had assembled many to the service of almighty God, in a such big number, that, with the help of the Lord Jesus Christ he could build twelve monasteries, to each he appointed an Abbot and gave a small group of 12 monks. He held with him just few monks to which, he thought opportune, give personally a more complete formation."
(From The Book of the Dialogues of S. Gregory the Great) 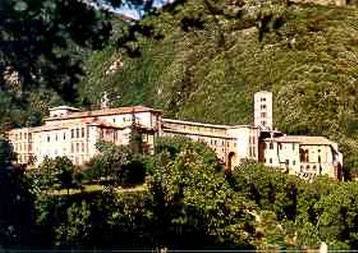 The monastery of Saint Scholastic is the only one,of the twelve founded by Benedict in the Subiaco region that has survived up to now. 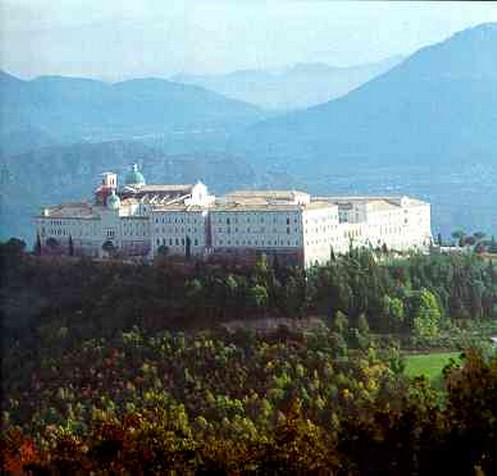 The only other monastery, founded by Benedict
that has survived up to this day, it's the one in
Montecassino.

Benedict had personally tried how extremely arduous is to look for God in loneliness and he therefore chose for his followers, coenobitic life, that means living together.