Captain Barra Salvatore, Amalfi’s citizen, knew from his parish priest that father Giorgio Pasini P.I.M.E., missionary in Hong Kong and parish priest of Saint Andrew parish, located in Tseung Kwan O in the district of Kowloon, had been in Italy, precisely in Amalfi where he was able to obtain a relic of Saint Andrew to lay down in the altar of the new church consecrate to the Saint. The church was inaugurated  the 19th November 2006,  with a solemn Eucharistic celebration presided by the bishop of Hong Kong Cardinal Zen Ze-Kiun and with a big participation of faithful.

It happened that the ship where Captain Barra works makes regular call at Hong Kong, and through the help of Luca Ferrerio, the representative of the   A.O.S.(Stella Maris) in Hong Kong, he succeeded to organize a meeting between Father Pasini and Captain Barra on board the ship MSC MELISSA.

During the meeting Father Pasini presented Captain Barra with a souvenir publication to remember the consecration of the new church.

The sealed casket with the relic is inside the altar consecrated by Cardinal Zen on 19 November 2006.  Amalfi’s parish priest has sent an other relic of  S. Andrew that is in a reliquary and it will be used for veneration by the faithful on the Saint’s holyday. 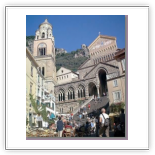 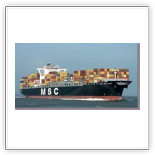 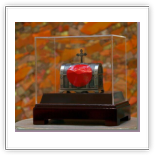 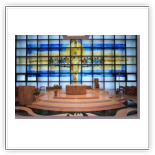