A PRESENCE THAT TEARS THE TIME

A Mass in St. Peter with the Pope 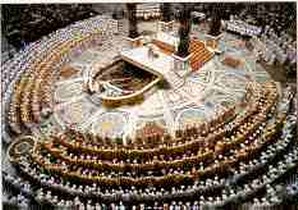 The ancient man feared three enemies death, loneliness, and destiny. That's why it has a particular meaning the term used by Saint Ignatius of Antioch to designate the Eucharist: "Remedy against death." It could not be said that was a pure metaphor. His full and authentic meaning has foundation in the Gospel: "Whoever eats my body and drinks my blood he has eternal life and I will resuscitate him in the last day." The Pseudo-Macario sees the analogy of life in plants: the seed in the ground has already life inside it, the flower will blossom in spring with the heat of the sun.

A great deal more difficult problem appeared to the Greek Fathers, because of their doubts on the relationship between time and eternity. The life that we know supposes an evolutionary dynamism that comes true in time. Therefore the popular mentality imagines the eternal life like infinitely long time. The primitive thought didn't believe that time could stop, considering for its own nature endless. That's why the ancient mythology had deify it in Chronos the god that eats his children, that destroys all that has born in time. And symbol of life is a wheel that turns and turns (Ecc. 1,6), or a snake that bites his tail.

Not only for the people but also for the theologians is difficult to reconcile the revelation of an infernal punishment "Infinitely long" with the endless mercy of God. But also the paradise if you want to imagine it in the same way, doesn't satisfy. How come the saints in heaven- does tell us a popular objection- don't they get bored to sing Holy, Holy for all eternity? It was mythology that insinuated victory on the tyranny of the "eternal duration". Jove, destined to become supreme god, killed his father Chronos and founded the Olympus. It is a vague allusion to what must express the Greek philosophy: Heraclitus cried that "everything goes and nothing stays," while Parmenides declared that each movement is illusion and that the true reality is unchangeable, therefore eternal. Since between the two ways of living there is not conciliation, the door that takes the man from life to eternity is death. Plato defined the true philosophy "study of death." It was not only an ascetic exhortation, but also a gnosiological program: more than deal with the observation of the visible world

(Physics), the wise man prefers devote himself to metaphysics, whose object is the abstract and unchangeable ideas, therefore eternally valid.

The Christian contemplation, at first sight, appears the adaptation of this reflection by the Greek Fathers.

How to reconcile it with the resurrection of the bodies? They will become "spiritual," free from "carnality." The passage to eternal life through death appears like cessation of every movement. An icon of Mount Sinai the staircase of Paradise illustrates it. The monks at the lower steps are moving, further up they are calm, and the one on the last step is motionless.

But in the case of a living man with his risen body this immobility could be still called "life"? Would not be a kind of "mummification"? But we could not expect that human reasoning resolve the problem.

For not lowering the message of the Gospel to the level of common religions, Solov'ev writes, we need to understand clearly the incarnation and resurrection of Christ.

If Christ, after his sacrifice on the cross, will be compensated only in heavens, in what would consist his novelty? He instead is risen in this earth in his glorious body, with death he has overcome death. In this is all the novelty of eternal life. In Christ life in time and eternity are not excluded, but they indivisibly unite. Jesus was born under the kingdom of emperor August and died under Pontius Pilate. He lived his life in space and time like a man. But, indivisibly united to the Word of God, his entire person with all the actions participated to the eternity of God. His body is divine, therefore also his birth, death, and mysteries of his earthly life. In his Person eternity entered time and time entered eternity.

In polemics not so long ago sometimes the difference between the Catholic Mass and "the Supper of the Lord" celebrated in the Protestant churches was explained in simplified way telling: there is the real presence of Christ and of His mystery, the Protestants remember what He did for our salvation 2000 years ago. To the letter, it means the Catholic Mass is not a "memory" since memory means little or nothing. The liturgists, for the fact that the first prayer after the consecration is called anamnesis, evidently, could not approve such interpretation.

Memories have an important function in life: they make, psychologically, return the past and they build the identity of the person. To destroy them is, on the contrary, loss of memory, sclerosis. Each memory try to make lasting, eternal, what is momentary in time.

These considerations have an ecumenical value, we appreciate the "Supper of the Lord" celebrated in the Protestant churches, but we in the same time profess the superior value of the Catholic and orthodox Mass. Also this celebrates the memory of our Lord, but it does in a sacramental way, through the words of the consecration that have a divine-human character.

The past is evoked and, at the same time, overcome: what God "remember" is present.

Sergei Bulgalkov speaks about the "realism of the rites," Boris Bobrinskij of their "Eucharistic character ": in every church Christ is really born at Christmas, and during Easter is really risen.

The devotion of the Latin Church has centered her attention on the real presence of the sacrifice of Christ:

We feel ourselves mystically present on the Calvary.

Oriental theologians stress the presence of the whole Christ, of all his life, but also of all his mystical reality in the Church.

That's why they remember, during the liturgy, the martyrs, the saints, the big ecclesiastic events and finally all faithful alive and dead. From that receives his full meaning the principle for which where the Eucharist is celebrated there is the whole Church, mystically present.

We must realize that through the Eucharist we enter eternity, all our life and all our good work, also them divine-human through the grace of the Spirit. The Eucharistic celebration appears like anticipation of the celestial liturgy, in which Christ, eternal Priest, will remember our earthly life to the altar of haven, where the eternal memory is celebrated of all the history of salvation.

For the early Christians the day of the Last Judgment was a day of wait and of hope: "Maranatha, Come, Lord Jesus" (Rev 22, 20) He is erchómenos the one who is coming." That's why the altar of Byzantine churches must always be prepared: because we don't know the hour in which Christ will come to drink, with us, the wine of the alliance in the kingdom of havens.